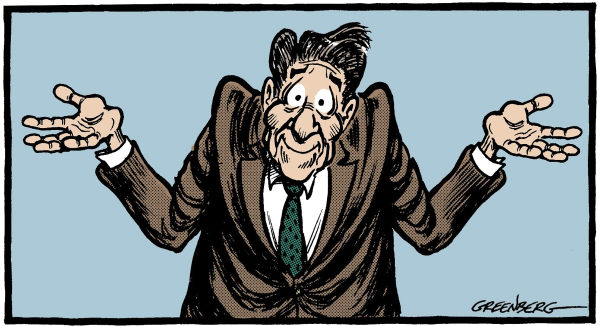 Bill Maher, comedian, TV host, political commentator, was on the Jay Leno show on September 9th, after the Republican Presidential Debate and President Obama's speech on the job situation. When discussing why Presidential hopeful Jon Huntsman's political stance does not fit into today's Republican ideology, Maher suggested that "at some point, the left moved to the center and the right right got on a short bus to crazytown!

If you think that Maher is extreme in his analysis, just look to Senator Lindsay Graham, a Republican from South Carolina, who recently observed: “Ronald Reagan would have a hard time getting elected as a Republican” in today’s party." To emphasize the obvious, Sally Kohn, in her article Forgetting Reagan, states that "by today’s Tea Party standards, the Republican icon would have been a Leninist-Marxist-socialist America hater." Kohn lists at least 5 ways Reagan would have been in hot water with the Tea Party.

At least by Tea Party standards, Reagan was kind of liberal—a fact that seemed to escape the GOP candidates claiming his mantle. Here are the top five ways the real Reagan would have landed in hot water with Republicans beholden to the Tea Party.

When the debate last night turned to immigration, John Huntsman said that if “President Reagan was here he would speak to the American people and he would lay out in hopeful, optimistic terms” how to get to positive immigration reform. It was a fitting homage from the race’s only moderate.

After all, when conservatives today complain that a stringent legalization program requiring all sorts of hurdles and fines in exchange for citizenship is equivalent to amnesty, they forget they’re swiping at The Gipper’s record. It was Ronald Reagan who passed the law making any immigrant who had entered the country before 1982 eligible for real amnesty—no fines included. The bill helped millions of new Americans gain authorized residency in the United States.

In his farewell address as president, Reagan envisioned America as a city on a hill: “And if there had to be city walls,” he said. “The walls had doors and the doors were open to anyone with the will and the heart to get here.” Strong words from the idol of those who now want to build even taller, electrified walls.

Last Rick Perry reprised his attack on Social Security, calling the program that has kept millions of seniors out of poverty a “monstrous lie.” But if Perry is going to keep insisting that Social Security is a Ponzi scheme, that would make Ronald Reagan its Bernie Madoff.

After boasting of his plans to privatize Social Security so that “those who can make better provisions for themselves” be allowed to do so, Reagan bailed out the program to the tune of $165 billion. In fact, Republicans can thank Reagan that they even have a Social Security to rail against.

3. Reagan Was a Union Leader

Before running for office, Reagan was a union leader. He ran the Screen Actors Guild and boasted of being the first head to lead it in a strike. Once in the White House, Reagan said, “Collective bargaining … has played a major role in America’s economic miracle. Unions represent some of the freest institutions in this land. There are few finer examples of participatory democracy to be found anywhere.” True, Reagan is famous for busting the Professional Air Traffic Controllers Organization (Patco) union, but he supported the right of government workers to form unions and bargain collectively—and extended these rights to public-sector workers when he was governor of California. And not only did Reagan win Patco’s endorsement for his 1980 presidential campaign; The New York Times reported that in pre-strike negotiations with the air traffic controllers, Reagan “directed his negotiators to go beyond his legal authority to offer controllers a pay raise before their strike—the first time a president had ever offered so much to a federal employees’ union.”

In his memoirs, Reagan wrote that he dreamed of “a world free of nuclear weapons.” During his presidency, conservatives within his own party accused him of “appeasing” the Soviets in signing a nuclear non-proliferation treaty with Mikhail Gorbachev. Following the negotiations, Paul Wyerich, a leader of the New Right, wrote, “Reagan is a weakened president, weakened in spirit as well as clout.” Yes, Reagan redeemed himself with conservatives by presiding over the greatest military buildup in U.S. history and, in so doing, increased the nation’s deficit by from $700 billion to $3 trillion—more than any president since George Washington combined. But by refusing to send more troops into Beirut in 1983 when Hezbollah murdered 243 U.S. service members, critiquing Israel’s preventative strike on an Iraqi nuclear reactor, and seeking to draw down the weapons cache worldwide, Reagan never quite fit the image of a right-wing hawk.

All of the candidates in last night’s debate pushed the conservative Kool Aid that tax cuts will save America’s economy. For kicks, Mitt Romney went a step further, endorsing tax cuts for the rich while complaining that poor people who don’t pay taxes aren’t doing their fair share to support the troops.

But when he was governor of California, Reagan “signed into law the largest tax increase in the history of any state” until that point in an effort to balance the budget (How would that sound to todays’ GOP candidates, all of whom indicated they would not raise taxes by a single dollar even if it were offset with $10 in spending cuts). Once president, Reagan raised taxes seven out of eight of his years in office—including four times in just two years.

Basically, Reagan was a giant disappointment for arch-conservatives. He did little to tighten restrictions against abortion as president and actually passed pro-choice legislation as governor of California. He grew the size of the federal government tremendously, adding 60,000 new government jobs (versus, for instance, Bill Clinton, who shrank government payrolls by 373,000). As governor of California, Reagan supported and ultimately expanded Medi-Cal, which is the nation’s largest Medicaid program. Both as governor and president, he was one of the most proactive presidents in restricting smog emissions and protecting wilderness. And after his press secretary was shot during an assassination attempt against him, the president came out in support of stricter gun-control laws.

Sally Kohn notes, "The GOP candidates may have been standing in the Reagan Library, but they were a million miles away from Reagan’s legacy." 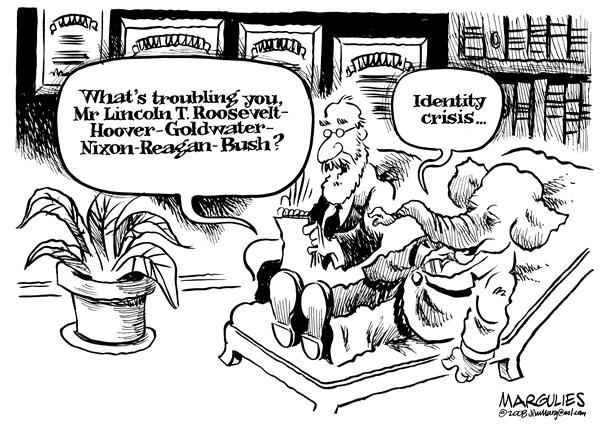