Health Care is a Right 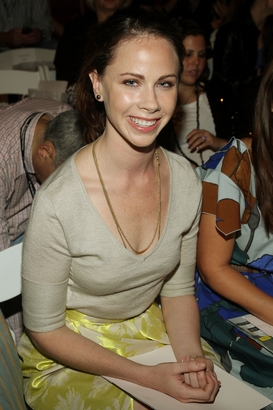 Yesterday, President Bush’s 28-year old daughter Barbara was named Fox News Sunday’s “Power Player of the Week” for her work as co-founder of Global Health Corps, a group of young professionals promoting global health equality. During the interview with Fox, Barbara Bush’s comments on health care sounded like, as host Chris Wallace put it, “a mission statement from the Obama White House”:

WALLACE: What do you think of Obama health care reform?

BUSH: That is a good question. And obviously, the health care reform bill, you know, was highly debated by a lot of people. And I guess I’m glad that, you know, a bill was passed.


She hasn't fallen far from the female side of the Bush tree. Recently, Laura Bush told Larry King that she supports abortion rights and gay marriage.

It is interesting that Fox's Chris Wallace was quite polite to Barbara Bush, given that she had strayed from the Republican talking points on health care. At least he didn't accuse her of being a socialist!
Posted by rross at 3:42 PM