During the debate over health care reform, Obama did not stand strong in support of the public option. He basically gave up that point before discussions even began. Then, on November 29th, he proposed a two-year pay freeze for all civilian federal workers. And he has not taken a strong position on letting the tax extension of the Bush tax cuts expire for the rich. Frank Rich expresses a good point in his article, All the President's Captors.

Those desperate to decipher the baffling Obama presidency could do worse than consult an article titled “Understanding Stockholm Syndrome” in the online archive of The F.B.I. Law Enforcement Bulletin. It explains that hostage takers are most successful at winning a victim’s loyalty if they temper their brutality with a bogus show of kindness. Soon enough, the hostage will start concentrating on his captors’ “good side” and develop psychological characteristics to please them — “dependency; lack of initiative; and an inability to act, decide or think.” 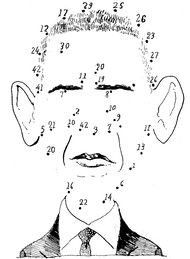 This dynamic was acted out — yet again — in President Obama’s latest and perhaps most humiliating attempt to placate his Republican captors in Washington. No sooner did he invite the G.O.P.’s Congressional leaders to a post-election White House summit meeting than they countered his hospitality with a slap — postponing the date for two weeks because of “scheduling conflicts.” But they were kind enough to reschedule, and that was enough to get Obama to concentrate once more on his captors’ “good side.”

And so, as the big bipartisan event finally arrived last week, he handed them an unexpected gift, a freeze on federal salaries. Then he made a hostage video hailing the White House meeting as “a sincere effort on the part of everybody involved to actually commit to work together.” Hardly had this staged effusion of happy talk been disseminated than we learned of Mitch McConnell’s letter vowing to hold not just the president but the entire government hostage by blocking all legislation until the Bush-era tax cuts were extended for the top 2 percent of American households.

The captors will win this battle, if they haven’t already by the time you read this, because Obama has seemingly surrendered his once-considerable abilities to act, decide or think. That pay freeze made as little sense intellectually as it did politically. It will save the government a scant $5 billion over two years and will actually cost the recovery at least as much, since much of that $5 billion would have been spent on goods and services by federal workers with an average yearly income of $75,000. By contrast, the extension of the Bush tax cuts to the $250,000-plus income bracket will add $80 billion to the deficit in two years, much of which will just be banked by the wealthier beneficiaries.

Obama didn’t even point out this discrepancy — as he might have, had he chosen to make a stirring call for shared sacrifice rather than just hand the Republicans a fiscal olive branch that they could then use as a stick to beat him. He was too busy tending to his other announcement of the week: dispatching Timothy Geithner to lead “negotiations” with the Republicans on the tax cuts. This presidency has been one long blur of such “negotiations” — starting with the not-on-C-Span horse-trading that allowed corporate players to blunt health care and financial regulatory reform. Next up is a “negotiation” with the United States Chamber of Commerce, which has spent well over $100 million trying to shoot down Obama’s policies over the last two years. It’s enough to arouse nostalgia for the “beer summit” with Henry Louis Gates Jr. and the Cambridge cop, which at least was transparent and did no damage to the public interest.

The cliché criticisms of Obama are (from the left) that he is a naïve centrist, not the audacious liberal that Democrats thought they were getting, and (from the right) that he is a socialist out to impose government on every corner of American life. But the real problem is that he’s so indistinct no one across the entire political spectrum knows who he is. A chief executive who repeatedly presents himself as a conciliator, forever searching for the “good side” of all adversaries and convening summits, in the end comes across as weightless, if not AWOL. A Rorschach test may make for a fine presidential candidate — when everyone projects their hopes on the guy. But it doesn’t work in the Oval Office: These days everyone is projecting their fears on Obama instead.

I don’t agree with almost anything Chris Christie, the new Republican governor of New Jersey, has to say. But the popularity of his leadership right now is instructive. New Jersey has voted Democratic in every presidential election since 1992, with Obama carrying the state by a landslide margin of almost 15 percentage points. Yet Christie now has a higher approval number (51 percent) in the latest Quinnipiac state poll than either Obama or New Jersey’s two senators, both Democrats.

Christie’s popularity among national right-wing activists and bloggers has been stoked by a viral YouTube video where he dresses down a constituent in a manner that recalls Ralph Kramden sending Alice “to the moon.” But the core of Christie’s appeal at home is that he explains passionately held views in concrete, plain-spoken detail. Voters know what he stands for and sometimes respect him for his forthrightness even when they reject the stands themselves. This extends to his signature issue — his fiscal and rhetorical blows against public education. He’s New Jersey’s most popular statewide politician despite the fact that a 59 percent majority in the state thinks public schools deserve more taxpayer money, not less.

G.O.P. propagandists notwithstanding, Christie’s appeal does not prove that New Jersey (and therefore the country) has “turned to the right.” It does prove that people want a leader with a strong voice, even if only to argue with it.

No one expects Obama to imitate Christie’s in-your-face, bull-in-the-china-shop shtick. But they have waited in vain for him to stand firm on what matters to him and to the country rather than forever attempting to turn non-argumentative reasonableness into its own virtuous reward. It’s clear now the shellacking was not the hoped-for wake-up call. For starters, Obama might have robustly challenged the election story line pushed by the G.O.P. both before and after Nov. 2 — that deficit eradication and tax cuts for all are voters’ No. 1 priority. Repeating it constantly — as McConnell and John Boehner do, brilliantly — does not make it true. But the myth becomes reality if there’s no leader to trumpet the counternarrative.

In the summer before the election, the NBC News/Wall Street Journal poll (of June 21) found that only 15 percent of respondents thought the deficit should be the government’s top priority (behind jobs and economic growth, at 33 percent); the Washington Post/ABC News survey just a week before Election Day found that only 7 percent chose the deficit as the most important issue influencing their vote (again well behind the economy, at 37 percent). After constant G.O.P. fear-mongering about the budget — some of it echoed, rather than countered, by Obama — deficit reduction did jump to first place in Nov. 2 exit polls as voters’ highest priority for the next Congress. The disciplined Republican message had turned the deficit into a catchall synonym for America’s entire economic health. But at 40 percent, deficit reduction still was neck and neck with “spending to create jobs” (37 percent). Cutting taxes was chosen by only 18 percent.

We’re now at the brink of a new economic disaster that will eventually yank a chicken out of every pot. The Center on Budget and Policy Priorities calculates that the extended Bush-era tax cuts will contribute by far the largest share to the next decade’s deficits — ahead of the recession’s drain on tax revenues, Iraq and Afghanistan war spending, TARP and Obama’s stimulus. The new Congress’s plan to block any governmental intervention on behalf of 15 million-plus jobless Americans guarantees that the unemployment rate, back up to 9.8 percent as of Friday, will remain intractable too.

Obama should have pounded home the case against profligate tax cuts for the wealthiest before the Democrats lost the Senate. Even now Warren Buffett — not a socialist, by the way — is making the case with a Christie-esque directness that usually eludes the president. “The rich are always going to say that, you know, just give us more money and we’ll all go out and spend more, and then it will trickle down to the rest of you,” he told Christiane Amanpour on “This Week” last Sunday. “But that has not worked the last 10 years, and I hope the American public is catching on.”

Everyone will have caught on by 2012, but that will be too late for many jobless Americans, let alone for Obama. As the economics commentator Jeff Madrick wrote in The Huffington Post, the unemployment rate has been above 7 percent only four times in a presidential election year since World War II — and in three of the four the incumbent lost (Ford, Carter, the first Bush). Reagan did win in 1984 with an unemployment rate of 7.2 percent, but the rate was falling rapidly (from a high of 10.8 two years earlier), and Reagan was as clear-cut in his leadership as Christie (only nicer).

But as Madrick adds, there has never been a sitting president over that period who has had to run with an unemployment rate as high as 8 percent — which is precisely where the Fed’s most recent forecasts predict the rate could be mired when Obama faces the voters again in 2012. You’d think he’d be one Stockholm Syndrome victim with every incentive to break out.

The Republicans like to peg President Obama as a Socialist or the most liberal President. Far from it! His actions are putting him right of center. Actually, the problem with President Obama is that he is an isolated President.

Those desperate to decipher the baffling Obama presidency could do worse than consult an article titled “Understanding Stockholm Syndrome” in the online archive of The F.B.I. Law Enforcement Bulletin.