Pat Robertson on Decriminalization of Marijuana 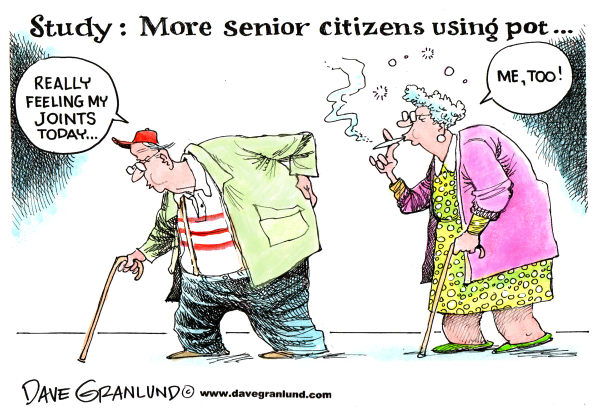 Via The Raw Story:

Count this among the 10 things nobody ever expected to see in their lifetimes: 700 Club founder Pat Robertson, one of the cornerstone figures of America's Christian right movement, has come out in favor of legalizing marijuana.

Calling it getting "smart" on crime, Robertson aired a clip on a recent episode of his 700 Club television show that advocated the viewpoint of drug law reformers who run prison outreach ministries.

This video is from the 700 Club, broadcast by the CBN Network.

In this instance, even though he clearly expressed support for the reform of US marijuana laws, a spokesman for religious television station CBN walked back Robertson's comments, telling Raw Story on Thursday morning the Christian Coalition founder "did not call for the decriminalization of marijuana."

"He was advocating that our government revisit the severity of the existing laws because mandatory drug sentences do harm to many young people who go to prison and come out as hardened criminals," CBN spokesman Chris Roslan wrote. "He was also pointing out that these mandatory sentences needlessly cost our government millions of dollars when there are better approaches available. Dr. Robertson's comments followed a CBN News story about a group of conservatives who have proven that faith-based rehabilitation for criminals has resulted in lower repeat offenders and saved the government millions of dollars. Dr. Robertson unequivocally stated that he is against the use of illegal drugs."

A Robertson flip-flop or a public relation cover-up?

Wow! That really is amazing. Thanks for the great post.


P.S. I read your blog all the time! It's really great. Keep them coming