Another Reason Why Our Penal System is Broken 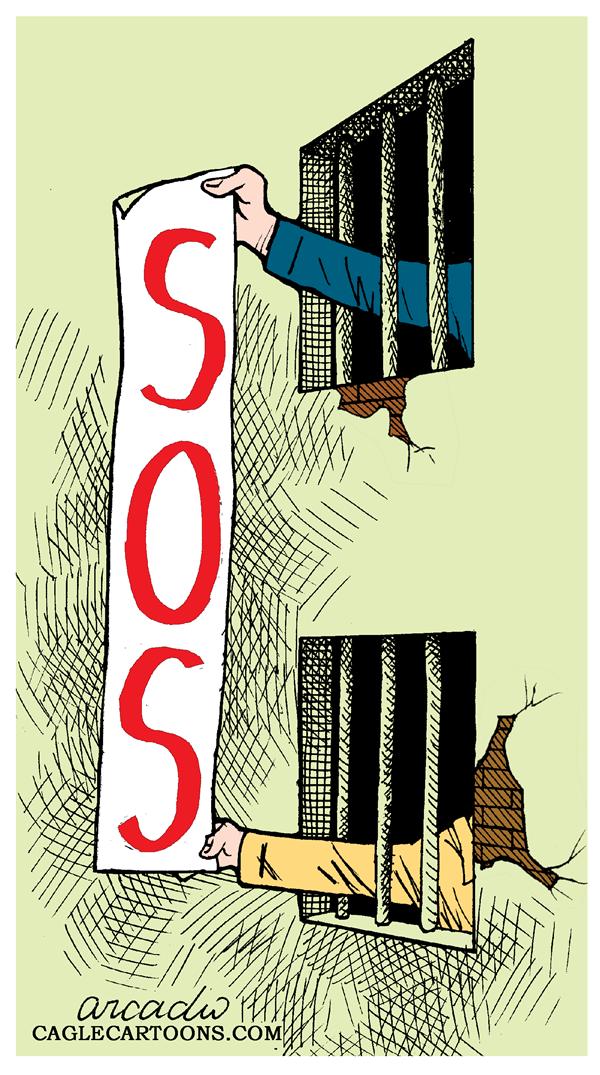 Cliff Schecter wants to "Stop the Rape" in prisons.

One in five prisoners are raped on their first day in prison. Let me repeat that. One in five are raped on their very first day of incarceration. And that doesn't even begin to tell the whole story of prison rape. For example, contrary to popular myth, more prisoners reported sexual assaults involving prison staff (2.8 percent) than other inmates (2.1 percent). And women are more likely to be victimized than men.

Theses are only some of the findings of a newly released study by the Department of Justice's Bureau of Justice Statistics (BJS) reports that 88,500 adults held in U.S. prisons and jails are sexually abused each year. Meanwhile, Attorney General Eric Holder has already missed a deadline of June, 2010 to institute reforms mandated by a bipartisan commission created by the passage of the 2003 Prison Rape Elimination Act (signed by George W. Bush [Ed Note: with Jeff Sessions as co-sponsor in the Senate!]), reforms that could help prevent these nearly 88,500 individual tragedies from continuing unabated.

As Lovisa Stannow, Executive Director of Just Detention International put it, "Every day that the Attorney General doesn't finalize the national standards is another day of anguish among prisoner rape survivors, of preventable safety breaches in prisons and jails, and of significant spending of taxpayers' money on medical treatment, investigations, and litigation that could have been avoided."

And if that doesn't do it for you, maybe this will:

A similar youth survey, released in January, found that the abuse in juvenile facilities is even worse, with 12 percent of detainees reporting sexual assaults

This is simply unacceptable in 21st Century America.

The Penal system is broken. Change needs to embrace a complete reevaluation and restructuring of the system.
Posted by rross at 2:40 PM