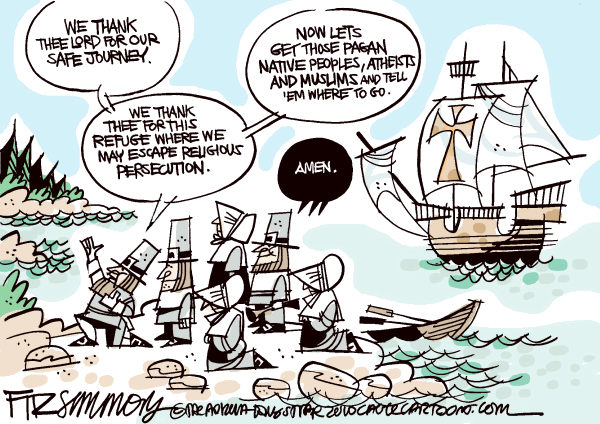 ”I was elected as a Republican candidate. But once I became governor … I became the governor of all the people. I intend to live up to that. I am color blind,” Bentley said in a short speech given about an hour after he took the oath of office as governor.

So far, so good! Very appropriate for the occasion. But then…

Bentley added, ”Now I will have to say that, if we don’t have the same daddy, we’re not brothers and sisters. So anybody here today who has not accepted Jesus Christ as their savior, I’m telling you, you’re not my brother and you’re not my sister, and I want to be your brother.”

Well, I’m sure all the Jews and Muslims and Hindus and Buddhists and atheists in Alabama were really thrilled to hear that he only considers Christians to be family… but he really wants them to convert so they can be his brothers and sisters too!

The Birmingham News noted that Governor elect Robert Bentley, who for years has been a deacon at First Baptist Church in Tuscaloosa, gave what sounded like an altar call.

Rebekah Caldwell Mason, Bentley's communications director, trying to do damage control said, ''He is the governor of all the people, Christians, non-Christians alike."

It appears that the deacon/Governor is having difficultly separating out his religious beliefs from his political convictions.
Posted by rross at 9:41 PM