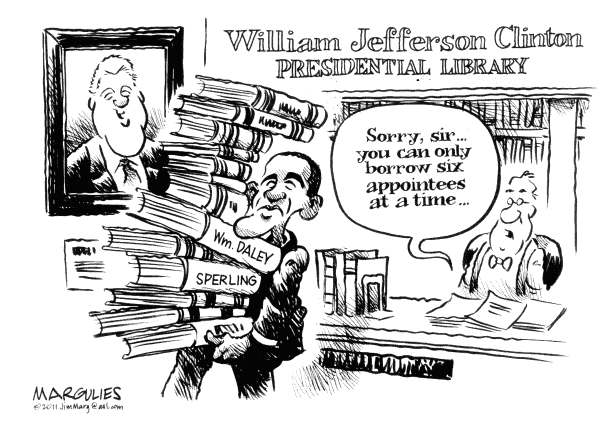 Three years ago, The New Republic asked eight "eggheads and eminences—mostly liberals—" who they would support in the 2008 election. Now, TNR goes back to the same eight to ask: Do they stand by their endorsements from three years ago?

Paul Berman is the author of The Flight of the Intellectuals, who endorsed Hillary Clinton.

I endorsed Hillary Clinton back in 2008, and I regret it. I had imagined that, if she won, she would fill the White House and key positions with crafty old Clintonians, and they would maneuver shrewdly enough. But look what has happened. The White House, not to mention the top slot at the State Department, has indeed been staffed by crafty Clintonians. And the results seem too crafty by half—a mix of small successes and large semi-failures. Read more here.

Harvard’s Alan Dershowitz is a professor at Harvard Law School, who supported Clinton.

I continue to support President Obama with regard to most of his domestic policies, and I applaud his recent legislative successes, especially with regard to the repeal of “don’t ask, don’t tell.” Read more here.

Todd Gitlin is co-author of The Chosen Peoples: America, Israel, and the Ordeals of Divine Election, who "teetered” between Obama and Clinton.

Most of what has kept Obama from realizing his maximum potential would have kept Hillary Clinton from realizing hers. I refer, of course, to the Republican Party in company with very big money, availing themselves of an archaic Senate structure, anti-majoritarian rules, the Supremes’ recent plutocratic ruling in Citizens United, and so on. Would Hillary have fought more effectively against a dead-ended Afghanistan re-up, against bloated military spending, against torture, against extending the Bush tax cuts for the plutocracy, for prosecution of the irresponsibles who wrecked the global financial system? I doubt it. So I have no regrets. Health care reform (compromises and all), the repeal of DADT, Senate passage of New Start, all lift my heart. Read more here.

Erica Jong is the author of Fear of Flying, who voted for Obama but sympathized with Clinton.

I voted for Barack Obama in 2008, and I am not sorry, but I do understand better than ever how complex and difficult the job of president is.

Obama tried valiantly to cope with a great recession caused by GOP excesses...

Where I most disagree with Obama is concerning the war in Afghanistan. Read more here.

Randall Kennedy is a Professor at Harvard Law School and the author of the forthcoming book The Persistent Color Line: On Race and the Obama Presidency, who supported Obama.

I continue to support Barack Obama. There is no politician available who is as electable and similarly progressive. Obama is personally appealing in many respects: intelligent, thoughtful, patient, calm, gracious, eloquent. He has not pushed as hard to the left as I had hoped that he would. He seems to appreciate too little that a political leader can sometimes win in the long run by advancing a position or an appointment that loses in the short run. President Ronald Reagan lost the battle over Robert Bork. But in waging that struggle for judicial conservatism, Reagan won a larger battle by showing fidelity to principle and loyalty to supporters. Like President Bill Clinton, President Obama has a regrettable tendency to propitiate enemies while abandoning allies. Read more here.

John McWhorter is the William T. Simon Fellow at Columbia University and author of Our Magnificent Bastard Tongue: The Untold History of English, who supported Obama.

It seems only yesterday to me that the good word on Barack Obama was that he, with his cerebral ability to consider all sides of an issue and muttly heritage, was going to bring America together. That, to me, meant that what we would see from him would be compromises, which would elate no one but be much better than nothing. The “Yes, We Can” routine, implying that Obama would create a new New Deal, was something quite different and always struck me as heartening theatre, but only that.

And here we are. I am baffled as to how Hillary Clinton would have done better. Read more here.

C.K. Williams is a Pulitzer Prize–winning poet. He teaches at Princeton, who supported Obama.

Alan Wolfe is a political scientist at Boston College and author of The Future of Liberalism, who supported Obama.

In the broadest sense, I’m glad we have President Obama. As a policy president, I would grade President Obama an A, and as a rhetorical president a C-, but that is the opposite of what I anticipated. Read more here.

The question that has arisen is whether Barack Obama and Hillary Clinton would have been fungible, as the President. As noted by Paul Berman, "The White House, not to mention the top slot at the State Department, has indeed been staffed by crafty Clintonians."
Posted by rross at 12:00 PM