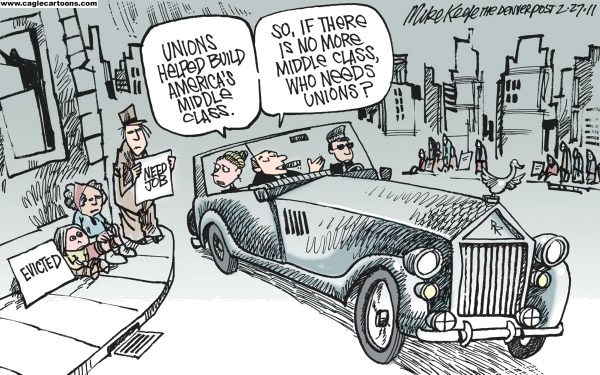 SANDERS: What we have to understand is this is not just Wisconsin. This is part of the concerted attack on the middle class and working families of this country by the very wealthiest people in America, the Koch brothers and many others. And you're also right in suggesting that if you look at the end game, what are you talking about?

What these guys want is to return us to the 1920's when working people had virtually no rights to organize or to earn a decent living. Bottom line today is the top 1% earn more income than the bottom 50%. The top 1% owns more wealth than the bottom 90%. That gap between the very rich and everybody else is growing wider.

And what the wealthiest people in the country are doing are using their resources to make the attack against the middle class even stronger. They want the destruction of the middle class and almost all wealth in this country to go to the people on top.