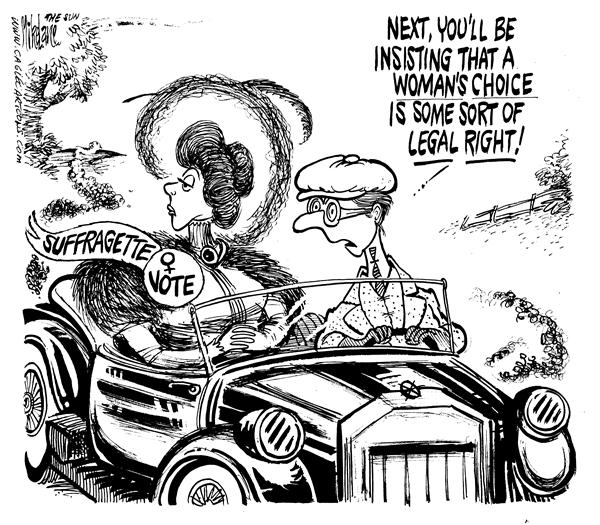 Gail Collins makes a strong case that "tens of millions Americans who oppose abortion because of deeply held moral principles" have attached themselves to a political movement that "seems to have come unmoored from any concern for life after birth" in her article, The Siege of Planned Parenthood.

“What is more fiscally responsible than denying any and all funding to Planned Parenthood of America?” demanded Representative Mike Pence of Indiana, the chief sponsor of a bill to bar the government from directing any money to any organization that provides abortion services.
Planned Parenthood doesn’t use government money to provide abortions; Congress already prohibits that, except in cases of rape, incest or to save the life of the mother. (Another anti-abortion bill that’s coming up for hearing originally proposed changing the wording to “forcible rape,” presumably under the theory that there was a problem with volunteer rape victims. On that matter at least, cooler heads prevailed.)

Rape isn't rape unless it is forced

The House of Representative Republicans recently  removed  a controversial "forcible rape" provision from their "No Taxpayer Funding for Abortion Act" after  enormous outside pressure. "Rape is only really rape if it involves force.  So says the new House Republican majority as it tried to change abortion law."

The original language from the Hyde Amendment—which bans federal funding for abortions through Medicaid except in cases of rape, incest, or to save a mother's life—will replace the "forcible" provision, said a spokesman for Rep. Chris Smith (R-N.J.), who introduced the bill. The move comes in response to heavy criticism in recent days from outside advocacy groups including MoveOn.org and Emily's List and the growing #dearjohn campaign, aimed at House Speaker John Boehner (R-Ohio), that opposed the abortion funding bill. Read more about about the House GOP's backtracking here.

Comedy Central's "Daily Show" added fuel to the fire Wednesday night, when Jon Stewart prompted a mock debate with correspondent Kristen Schaal on what exactly is meant by "forcible rape."

Planned Parenthood does pay for its own abortion services, though, and that’s what makes them a target. Pence has 154 co-sponsors for his bill. Also, Live Action is an anti-abortion group that recently through a sting operation they tried to tie clinic staff from 12 Planned Parenthood clinics in six states to to child prostitution. Deja vu the right's Acorn sting.

“Planned Parenthood aids and abets the sexual abuse and prostitution of minors,” announced Lila Rose, the beautiful anti-abortion activist who led the project. The right wing is currently chock-full of stunning women who want to end their gender’s right to control their own bodies. Homely middle-aged men are just going to have to find another sex to push around.
Live Action hired an actor who posed as a pimp and told Planned Parenthood counselors that he might have contracted a sexually transmitted disease from “one of the girls I manage.” He followed up with questions about how to obtain contraceptives and abortions, while indicating that some of his “girls” were under age and illegally in the country.
One counselor, shockingly, gave the “pimp” advice on how to game the system and was summarily fired when the video came out. But the others seem to have answered his questions accurately and flatly. Planned Parenthood says that after the man left, all the counselors — including the one who was fired — reported the conversation to their supervisors, who called the authorities. (One Arizona police department, the organization said, refused to file a report.)
Still, there is no way to look good while providing useful information to a self-proclaimed child molester, even if the cops get called. That, presumably, is why Live Action chose the scenario.
“We have a zero tolerance of nonreporting anything that would endanger a minor,” said Cecile Richards, the president of Planned Parenthood. “We do the same thing public hospitals do and public clinics do.”


The "pro-life" movement promotes the belief that a human being has the 'right to life.' The efforts against Planned Parenthood are basically focused on an opposition to abortion.   But Planned Parenthood provides women with many other important services.  As Gail Collins note, what about concern for life after birth?

But here’s the most notable thing about this whole debate: The people trying to put Planned Parenthood out of business do not seem concerned about what would happen to the 1.85 million low-income women who get family-planning help and medical care at the clinics each year. It just doesn’t come up. There’s not even a vague contingency plan.
“I haven’t seen that they want to propose an alternative,” said Richards.
There are tens of millions Americans who oppose abortion because of deeply held moral principles. But they’re attached to a political movement that sometimes seems to have come unmoored from any concern for life after birth.
There is no comparable organization to Planned Parenthood, providing the same kind of services on a national basis. If there were, most of the women eligible for Medicaid-financed family-planning assistance wouldn’t have to go without it. In Texas, which has one of the highest teenage birthrates in the country, only about 20 percent of low-income women get that kind of help. Yet Planned Parenthood is under attack, and the State Legislature has diverted some of its funding to crisis pregnancy centers, which provide no medical care and tend to be staffed by volunteers dedicated to dissuading women from having abortions.

It's about controlling women's bodies, Stupid!!!


In Washington, the new Republican majority that promised to do great things about jobs, jobs, jobs is preparing for hearings on a bill to make it economically impossible for insurance companies to offer policies that cover abortions. And in Texas, Gov. Rick Perry, faced with an epic budget crisis that’s left the state’s schools and health care services in crisis, has brought out emergency legislation — requiring mandatory sonograms for women considering abortion.