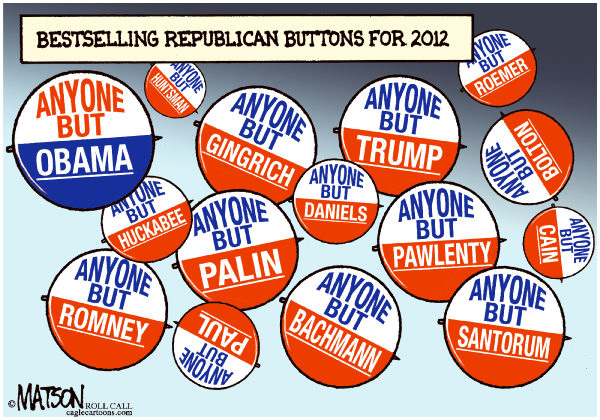 The list of potential Republican candidates is shrinking in light of the recent announcements by political pundit Mike Huckabee and talk show host Donald Trump that they will not run for the office of the President in 2012. Rachel Maddow commented that many of the possible Republican candidates aren't viable other than Gov.Tim Pawlenty (R-MN) and Gov. Mitch Daniels (R-IN). Although Gov. Daniels has not even announced that he is a contender for the position, Maddow focused on Daniels and his social conservative policies.

To emphasis her point, especially to the men in the audience, Rachel equated preventative medicine with preventative maintenance. This was Rachel's way of bringing out the fact that Daniels has prevented all money in the state of Indiana to fund Planned Parenthood. This is Daniels' way to appeal to social conservatives. His actions have absolutely nothing to do with abortion, because abortions cannot be paid for with federal funds, The lack of funding realistically prevents any woman on medicaid from going to Planned Parenthood for any medical reason. It has to do with maintenance.

Rachel took to the man cave last night in an effort to explain to guys the real-world effects of Mr. Daniels' decision to pull all funding from Planned Parenthood:

"But when it comes to getting an alignment, rebalancing your wheels and all that stuff, basically speaking, you take it in. Not because there's anything wrong with your vehicle, fellows. It's just preventive maintenance. Preventive maintenance, Planned Parenthood Oil change, breast exam. Rotate your tires -- can I say pap smears on TV?

"Imagine that Governor Mitch Daniels of Indiana is the fleet manager of, say, 9,000 cars in the state of Indiana. And he's just decided that those cars -- no more oil changes, no more checking the spark plugs, no more tire rotations, no more preventive maintenance.

"There are more than 9,000 people in Indiana whose health insurance is Medicaid, and who get their preventive care, who get their 3,000-mile check ups at Planned Parenthood.

"Because Mitch Daniels can mess with that as a governor and because he wants social conservatives to like him for president, those 9,000 Indiana patients have just been cut off from their preventive care. Breast exams, STD screenings, pap smears, birth control, all of it. This is not about abortion. There's not any public funding for abortion. It's not about cutting off abortion services in Indiana.

"This is about cutting off the proverbial oil changes, preventive care. If you want to be irresponsible with your vehicle, if you want to be penny wise and pound foolish, you stop going to Jiffy Lube, stop doing any preventive maintenance on your car. When your car inevitably breaks down, you will know why it happened."

Watch the entire episode. The first part deals with the field of potential Republican contenders. The information about Gov Daniels begins at about 7:30. The man cave moment begins at about 10:30. WATCH: