It's The Facts. Stupid! 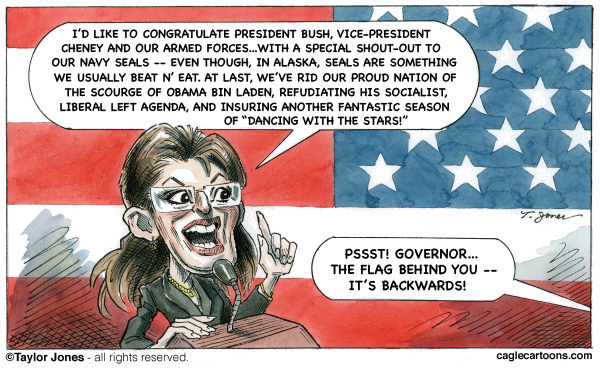 In the video, which was taken at Boston's Old North Church, Palin gives a bizarre version of Revere's 1775 ride. Addressing an unknown person, Palin remarks:

A couple of things are wrong with that interpretation, but one central main point seemed to be lost on Palin: Revere wasn't warning the British about anything. Indeed, he was warning the Americans about an impending British attack - as his celebrated historical catchphrase "The British are coming!" made abundantly clear.

Of course, Palin isn't the only politician who has had the facts wrong and has muddled history.

Last month, Michele Bachmann - Palin's likeliest rival for the tea party vote should they both elect to run for president in 2012 - told a crowd in New Hampshire that they came from the state where the first "shot heard round" helped set off the American Revolution in Lexington and Concord. Lexington and Concord, of course, are in the neighboring state of Massachusetts.

The media has had a hay day from her blunders. Bill Maher thinks that Palin "shouldn't be on vacation, she should be in summer school! WATCH: