'Hell No' To Obama on Everything! 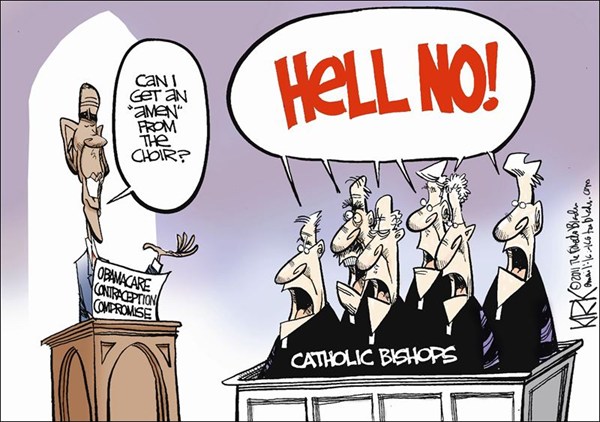 John Cory sees the outrage that is fomenting by the GOP Tea Party against President Obama is merely a cover up for reality.  Cory accurately says, "Maybe it's just me, but getting lectures on morality from the Catholic Church is like getting cooking lessons from cannibals. The broth smells so good until you realize that you are the prime ingredient." John Cory knows, "What It's All About."

Can we stop the nonsense about contraception and morality and call this crap what it is? Politics.

This has nothing to do with a war on religion or religious freedom. This is all about attacking, blocking, and otherwise hindering President Obama from accomplishing anything that could be interpreted as successful or popular with the people. This is politics, and politics trumps God in this country. Mitch McConnell made it perfectly clear when he said that the priority of the GOP was "for President Obama to be a one-term president." Everything else is just tinsel.

These people are shills for their own self-interests and political gain. It's all a scam, a game of Three-card Monte on the corner of Church Street and Pennsylvania Avenue run by Bible-thumping Bunco artists looking to fleece the voting public.

Maybe it's just me, but getting lectures on morality from the Catholic Church is like getting cooking lessons from cannibals. The broth smells so good until you realize that you are the prime ingredient.

Let's be honest, all these voices howling about "freedom of religion" are the same shrill voices that denounce mosques in America. These are the same folks who claim that the religion of a billion people in this world is not a "religion" at all, and see nothing wrong with allowing one group of citizens to vote on whether or not the other citizens should be allowed to build a house of worship in their city. Religious freedom? Really?

These are the Grand Poobahs of Piety and their sanctimonious Sisters of the Smelling Salts running hither and yon as they flap their lips and arms to draw nearer, not to heaven, but to the holy wallet of Our Lady of Campaign Cash in order to vanquish that heathen radical liberal centrist Obama.

This is shadow theatre - sleight of hand and misdirection - with a twofer value. While the holier-than-thou players shout and jump for Jesus onstage, the real show is backstage. Attack Obama and put women in their place. Is God great, or what!

These heroic hypocrites battle big government and valiantly strive to shrink it down to a size that will fit in your bedroom, or more importantly, in a woman's uterus or other lady parts. Of course, they fight equally hard (forgive me) to free penises everywhere in order to preserve a true manly America. Viva Viagra!

The right-wing Christian conservative movement has been courted and embraced by the GOP. United, they move forward to weaken the Violence Against Women Act, push state laws to loosen domestic abuse and defund Planned Parenthood. And, on a subtle and chilling note, consider how Ron Paul recently responded to Piers Morgan when questioned about rape and medical treatment to prevent pregnancy. Paul said: "No. If it's an honest rape, that individual should go immediately to the emergency room ..." And no, Piers Morgan never asked Ron Paul to define what he meant by "honest rape," or what constitutes an "honest rape."

Most Americans have more common sense than the holy trinity of politicians, pundits, and priests. Just look at what happened recently with the Ellen DeGeneres fiasco. If you saw Ellen defend herself on her show, it was a moment of class and humor and humanity. The audience roared approval. Damn those suburban lesbian housewives! Damn tolerance and equality!

JC Penney refused to buckle to the One Million Moms (not really one million), and publicly stated that Ellen shared their values and their employee's values and they looked forward to a successful partnership with Ellen. Fans inundated the One Million Moms with indignation and disgust, so much so that apparently that hateful group has now taken down its Facebook page and skulked off to dark coven meetings in search of their souls. (One Million Moms is not the same as or affiliated with Million Moms Challenge, which is a worldwide health-oriented endeavor to help moms around the world.)

And what about Obama? He announced a compromise on this contraception brouhaha as of Friday. How's that working out? Everybody feel better? Didn't think so.

It doesn't matter what President Obama tries, concedes, or compromises on any issue. The hucksters of hypocrisy will turn out to cast stones because that's what they do. They think that the spelling of G-O-D and G-O-P is divine intervention and not merely the separation by ten letters of the alphabet. It is a heavenly omen that designates them as the only and righteous descendents of power over our world. No one else is ever allowed to touch the throne.

This is about power and greed and the hypocritical call of freedom to force others to live and think and do as instructed by those who have elected themselves as the Chosen. Obey without question. God only speaks to me, and those who fund my politics. You have freedom of choice - as long as you choose the right way.

The fear of true democracy, equality, tolerance and choice has never been so obvious as it is today. There is panic in the golden streets of DC.

Washington State just passed marriage equality. The California courts ruled Prop. 8 unconstitutional. More and more Americans don't believe that one group of citizens has the right to limit the unalienable rights of other citizens or to define them as less than. The military has overturned Don't Ask, Don't Tell. Churches are opening their doors to gay members and allowing marriages.

Women are slowly winning the battle for equal pay for equal work. They are uniting in the belief that they own their own bodies, not the state or the church or the man in the gray flannel suit. Women are finding ways to run for public office and to become part of the political process so they can have an equal say in how this country works.

Let's face it, women have power and should be feared. It was Ida Tarbell who exposed the unfair market practices of Standard Oil and helped force the Trust-Busting of President Roosevelt. Emma Goldman took on the causes of poverty and child labor and union issues. Suffragettes brought women the vote. Harriett Tubman, Rosa Parks, Betty Frieden, Germaine Greer and Gloria Steinem and Angela Davis and Billy Jean King and Oprah. >From 1900 to the present, women have moved American politics and culture and art. Woman Power is real.

And this sends a ripple of fear through the great patriarchal order of things. That is why these yahoos of masculinity and righteousness push so hard for the spiritual enslavement of women while pretending to be the protectors of the feminine citizen.

Power and politics. That's what all this mess is about.

I think America still has more good, more empathy and compassion and tolerance than these guys want us to know. Knowledge is a dangerous thing, my friend.

And there is nothing worse than someone with enough knowledge being able to point at the naked emperor in all his shortcomings and say: That guy is naked! And he's no emperor!

The true reality is power and politics. "That's what all this mess is about." 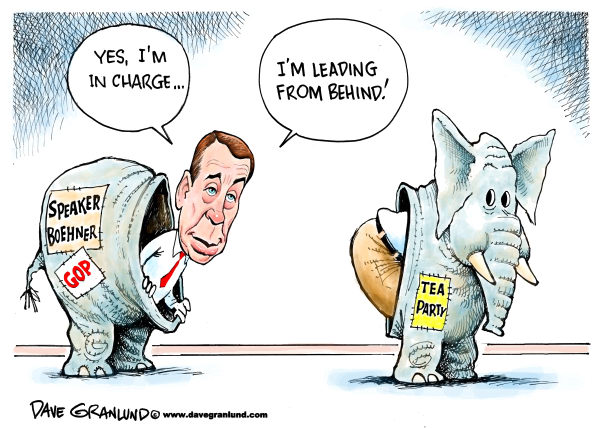 and you ain't seen nothin yet...why, with just one little suggestion of equality,in birth control at least, the 'usual' opposition was able to enlist the 'pulpit dogs' across the nation to spout the "OBAMA MUST GO",(even tho it would be the Christian thing to serve)....
Jesus was a progressive,a liberal, by all the measures we now use, and yet with pitchforks in hand, the 'pulpit dogs' have become the tools of the 'usual' loyal opposition...jus sayin