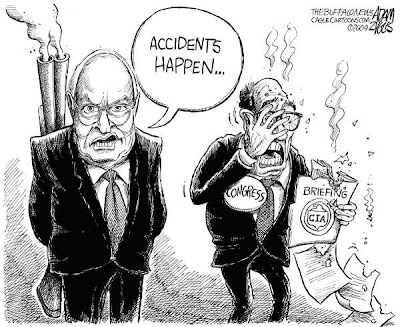 The New Yorker's Seymour Hersh was mocked in March when he referred to Dick Cheney's secret squad of CIA assassins. Now, he talks to The Daily Beast about the next shoe to drop.

Investigative reporter Seymour Hersh raised eyebrows back in March when he told an audience at the University of Minnesota that Dick Cheney ran a secret hit squad that he kept hidden from Congressional oversight.

"Congress has no oversight of it. It's an executive assassination ring essentially, and it's been going on and on and on," Hersh said at the time. He added: "Under President Bush's authority, they've been going into countries, not talking to the ambassador or the CIA station chief, and finding people on a list and executing them and leaving. That's been going on, in the name of all of us."

Asked about the officials quoted in the Times' report who claimed that Cheney's assassination ring never became operational, Hersh offered a skeptical response.

Beyond his own reporting, Hersh said President Bush's own speeches provided evidence of secret assassinations.

"Go read George Bush's January 2003 State of the Union speech," he said. "He's talking and he says we've captured and detained 3,000 Al Qaeda members and other terrorists—crazy numbers—and said some of them will never bother us any more. And Congress cheers."

Bush's full quote then was:

"All told, more than 3,000 suspected terrorists have been arrested in many countries. And many others have met a different fate. Let's put it this way: They are no longer a problem to the United States and our friends and allies."