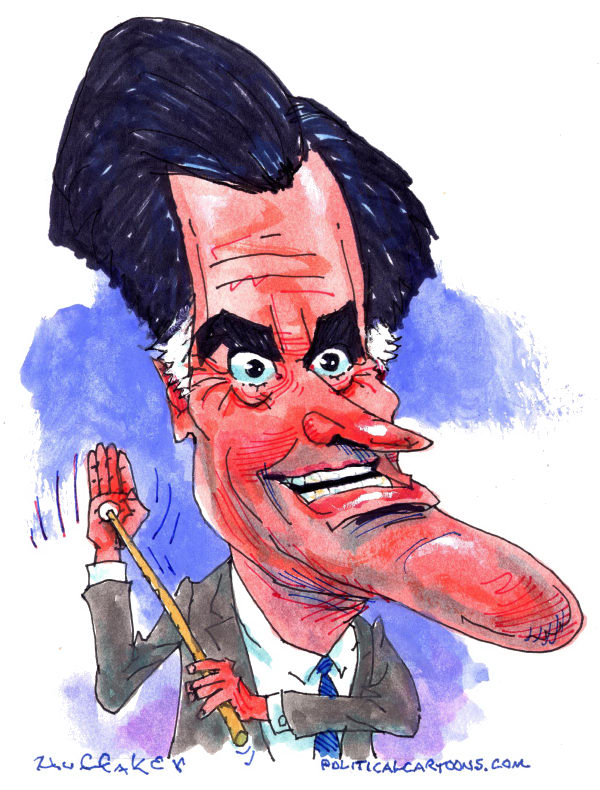 Here is an analysis of a position Governor Mitt Romney expressed in the New Hampshire debate on January 7, 2012.

The Republicans held their 629th debate last night in New Hampshire and, for the most part, it revealed nothing new about the candidates or their positions. OK, they are against gay marriage and they think Obama is a socialist. We get it. However there was a moment with the inevitable nominee, Mitt Romney, that was disturbing, if not revealing.

I find it amazing that we have troops in harm's way around the world - in Afghanistan right now, in Iraq the first three years of this president's term. He doesn't go on TV every month and talk to the American people about the sacrifice being made by these men and women. I find it extraordinary that a very few number of families are paying the price of freedom in America. The hurdle to actually putting our troops in harm's way is very, very high, and the test is America's interests. Our security interests. And they have to be involved in a very significant way to deploy our troops.

First of all, what president has ever gone on TV every month to talk about war? Only someone who is not paying attention, or is being deliberately dishonest, could accuse President Obama of not speaking up enough on behalf of the troops.

More importantly, how can Romney, who evaded the draft in his youth by going on a Mormon missionary trip that he spent in a palace in France, and took a couple of educational deferments to attend Brigham Young University and Harvard Business School, now grumble that too few families are "paying the price of freedom."

And what of Romney's family? He has five sons who were of age to serve in the military during the Iraq and Afghanistan wars, but here is how he described their contribution to freedom's cost during his 2008 campaign:

Romney: It's remarkable how we can show our support for our nation, and one of the ways my sons are showing support for our nation is helping to get me elected, because they think I'd be a great president. My son, Josh, bought the family Winnebago and has visited 99 counties, most of them with his three kids and his wife. And I respect that and respect all of those in the way they serve this great country.

So traveling around the United States in a custom painted luxury RV, touting their father for president, is somehow analogous to risking one's life in the harsh deserts and mountains of the Middle East? This is how the Romney boys sacrificed on behalf their country: For Romney to complain that "a very few number of families are paying the price of freedom," is extraordinarily callous and hypocritical considering that his own family is conspicuously welching on the debt. It exemplifies the aloofness and privilege of a multimillionaire who clearly regards himself as superior to the masses. This soundbite from last night's debate should get extra attention because it appears to be one of the only positions that Romney has held consistently for several years.

Romney doesn't seem to know anything about "paying the price of freedom in America. Maybe he thinks he can just buy freedom. He could be wrong!