The Nit-Picking of Newt 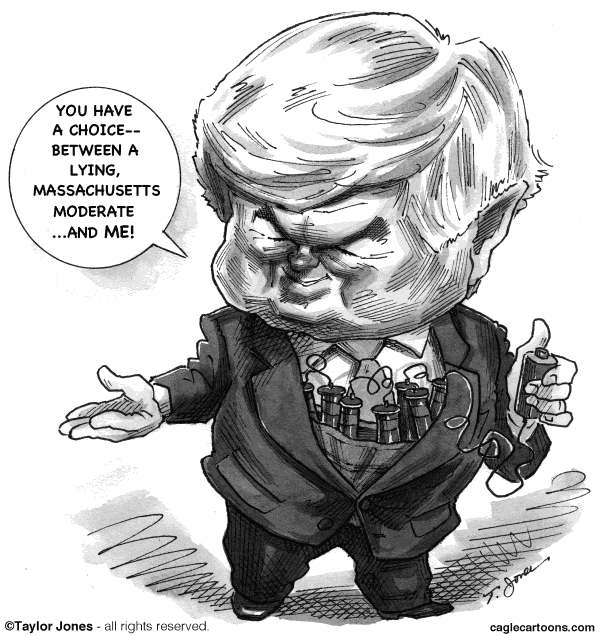 Massachusetts Senatorial Democratic candidate Elizabeth Warren has articulated quite well a progressive economic message regarding the debt crisis and fair taxation, as she speaks on the campaign trail. As a Democrat candidate, she makes a strong case for the underlying social contract that has been in effective in this country.
Here is a another statement from a political candidate that reflects the same sentiment as Warren's statements. Can you figure out who said this?

The test I always give conservatives is to say "How many of you wanted to save the Panama Canal?" Most of my conservative friends promptly raise their hands. But the fact of the matter is that the Panama Canal was built by government engineers, because government doctors cured yellow fevers. It was run by a government corporation and it was constructed by government Army and Navy, the largest public works project in history at the time was it was set up.*

The underlying message of the above statement fits into the progressive economic message of Elizabeth Warren. However, this quote did not come from Elizabeth Warren. It came from a young Rep. Newt Gingrich, in 1983. Gingrich has previously acknowledged the benefits of government in certain cases.
*Via Congressional Record (daily ed.), November 3, 1983, H9200
Posted by rross at 9:28 AM