The Upside Down World of Rick Santorum 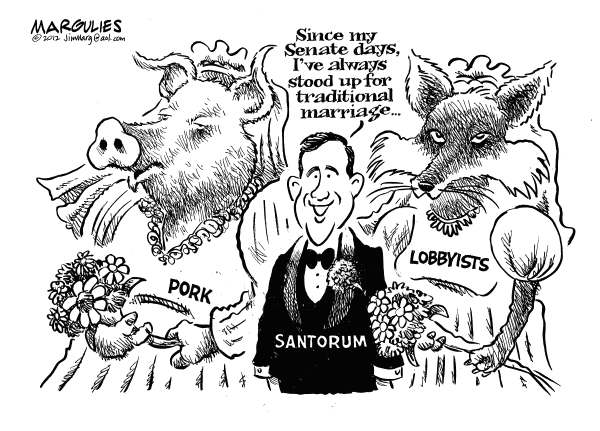 When I was growing up, my parents wanted me to go to college. Actually there was no question whether or not I would attend college. Of course, I would. It was the way to attain knowledge, power and higher income. Some kids chose not to go to college and decided to work in factories, or find a trade to pursue. But back then, there were plenty of jobs and the industry was local.

So what did Rick Santorum focus on recently when he was criticizing President Obama? Santorum was outraged that President Obama should want all children in America to go to college. That's right, Santorum thinks Obama's comments are not only an insult to Americans but shows hubris on the part of the President.

“I was so outraged at the President of the United States standing up and saying ‘Every child in America should go to college.’ Well, who are you? Who are you to say that ‘every child in America go’? I mean, the hubris of this president to think that he knows what’s best for you. I have seven kids. Maybe they’ll all go to college. But if one of my kids wants to go and be an auto mechanic, good for him. That’s a good paying job. Use your hands, use your mind.

This is the kind of snobbery that we see from those who think they know how to run our lives.

Rise up America. Defend your own freedoms. And overthrow these folks who think they know how to orchestrate every aspect of your life.”

It's kind of amusing, even hypocritical that Rick Santorum would say that, "This is the kind of snobbery that we see from those who think they know how to run our lives." Really Mr. Santorum? What about you, do you want to run my life? Oh, yes you do.

As an example of Santorum's control issues, here are several statements that prove how ignorant, fanatical, heartless, and dangerous Rick Santorum is.

“Suffering, if you’re a Christian, suffering is a part of life. And it’s not a bad thing, it is an essential thing in life … There are all different ways to suffer. One way to suffer is through lack of food and shelter and there’s another way to suffer which is lack of dignity and hope and there’s all sorts of ways that people suffer and it’s not just tangible, it’s also intangible and we have to consider both.”
~Rick Santorum, saying that Americans should suffer because suffering is good.

“One of the things I will talk about, that no president has talked about before, is I think the dangers of contraception in this country. It’s not okay. It’s a license to do things in a sexual realm that is counter to how things are supposed to be. [Sex] is supposed to be within marriage. It’s supposed to be for purposes that are yes, conjugal…but also procreative. That’s the perfect way that a sexual union should happen…This is special and it needs to be seen as special.”
~Rick Santorum, opposing contraception and frighteningly suggesting that he would make pre-marital sex illegal.

The chutzpah of Santorum thinking he can regulate my sexual preferences, practices or desires. Or that he can tell me what I can or can't do with my body, my life. If he wants to suffer, I say give it to him! "Rise up America. Defend your own freedoms. And overthrow these folks who think they know how to orchestrate every aspect of your life.”
Posted by rross at 2:33 PM