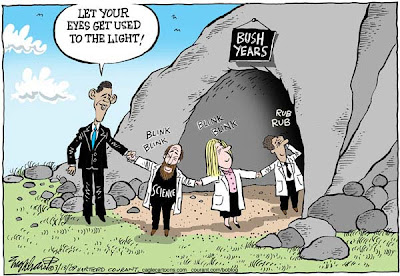 The Environmental Protection Agency on Friday formally declared carbon dioxide and five other heat-trapping gases to be pollutants that endanger public health and welfare, setting in motion a process that will lead to the regulation of the gases for the first time in the United States.

The E.P.A. said the science supporting the proposed endangerment finding was “compelling and overwhelming.” The ruling initiates a 60-day comment period before any proposals for regulations governing emissions of heat-trapping gases are published.

Although the finding had been expected, supporters and critics said its issuance was a significant moment in the debate on global warming. Many Republicans in Congress and industry spokesmen warned that regulation of carbon dioxide emissions would raise energy costs and kill jobs; Democrats and environmental advocates said the decision was long overdue and would bring long-term social and economic benefits.

The E.P.A. administrator, Lisa P. Jackson, said: “This finding confirms that greenhouse gas pollution is a serious problem now and for future generations. Fortunately, it follows President Obama’s call for a low-carbon economy and strong leadership in Congress on clean energy and climate legislation.”