The Vatican is Going Green 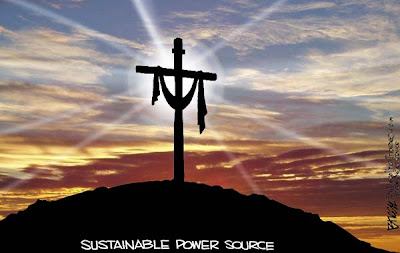 The tiniest state in the world—that'd be the Vatican—has some big plans for solar power. The Pope, an outspoken proponent of fighting climate change, is moving to build the largest solar power plant in Europe on 740 acres of land near the medieval village of Santa Maria di Galeria.

At $660 million, the project would also be one of the most expensive—but it would eventually turn the small state (the Vatican has around 900 residents) into a major power exporter. The solar station would go online in 2014, and would reportedly initially produce 100 megawatts of power—enough to provide electricity to 40,000 homes in Italy. The energy generated would also provide 9 times the power needed to run the Vatican radio, which reaches 35 countries as far as Asia.

It's estimated that the plant would spare 91,000 tons of CO2 from entering the atmosphere.

The project is deemed a "wise investment" by the Pope and his advisers. Italy currently offers alternative energy incentives like requiring utility companies to buy solar power for above market prices, according to Bloomberg.