It's the Jobs, Stupid 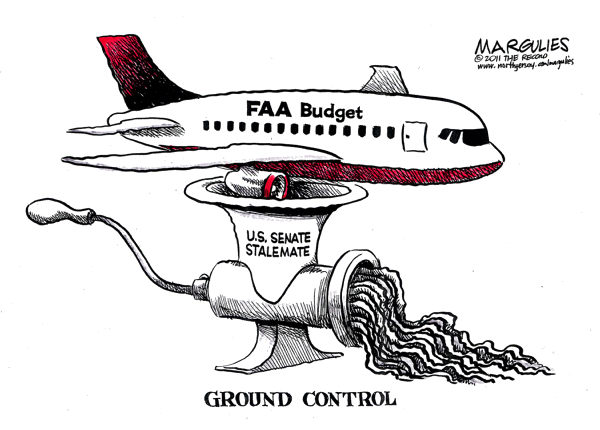 Stupid is as stupid does. Killing more than 560,000 jobs when the unemployment rate is on the rise is stupid. It is also anti-American. But that is exactly what Rep. John Mica (R-FL) is doing in Congress.

You’ve probably never heard of Rep. John Mica (R-FL), but he’s someone every American should know about because if he gets his way, thousands of people in your home state will lose their jobs in the next year. There’s even a good chance some already have.

WHO: Rep. John Mica (R-FL), Chairman of the House Transportation and Infrastructure Committee, the committee that oversees the Federal Aviation Administration (FAA) and which is responsible for writing the bills that fund transportation and infrastructure projects across the country (often simply referred to as the “highway bill” even though it funds much more than just highways).

WHAT: Going out of his way to kill American jobs in all 50 states at a time when we already have 9.2 percent unemployment (unemployment is a staggering 16.3 percent in the construction industry).

Cuts will destroy – rather than support — existing jobs and will not enable creation of the additional jobs needed to put the 16.3% of unemployed workers in the construction industry back to work.

IN ONE SENTENCE: John Mica’s plans to kill more than half a million American jobs are proof that the GOP cares far more about its own extreme ideology than about American jobs or making the investments we need to keep America great.

Anyone outraged yet? “If you aren't completely appalled then you haven't been paying attention!”