Scrutiny and Truth in Reporting 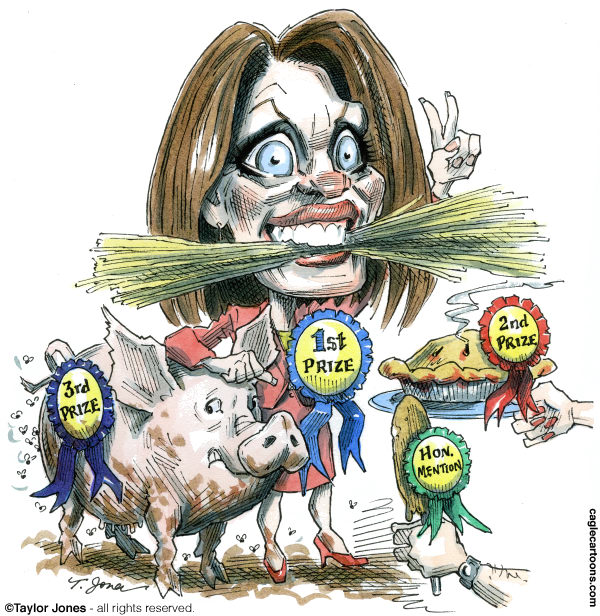 Political candidates, politicians and political pundits of all shapes, sizes and parties can be found espousing their views, theories, positions and spin on the Sunday morning talk shows. Like clockwork the interviewer will ask a question and the interviewee , more often than not, will never answer that question but will just babble on with their own talking points. And then the interviewer goes to another question without asking that follow-up question that we are all waiting to hear. Yes, Sunday after Sunday after Sunday, the game is always played the same way. I know that I am not the only one thinking that journalists should be thinking and responding more rather than just reading the next question off their sheet.

Wendall Potter raises the same issue regarding a follow-up question by David Gregory when he interviewed Michele Bachmann on Meet the Press last Sunday. As Potter points out, if there was that follow-up question, then we would have learned that Bachmann Gets Her Facts And History Wrong Again; It Was Bush Policies, Not Obamacare, That Led To Iowa Layoffs.

If NBC's David Gregory had asked just a couple of follow-up questions of Michele Bachmann on Meet the Press last Sunday, he would have found that her anecdote about how "Obamacare" will lead to economic ruin doesn't stand up to scrutiny.

In fact, he would have found that the financial problems of the Iowa employer she cites to bolster her point are far more likely the result of the economic policies of former President George W. Bush.

In answering Gregory's question about how she would "turn the economy around within several months" if elected president, as she recently promised to do, Bachmann pledged to repeal both the health care reform law and the Dodd-Frank Act, which Congress enacted last year to reform the way financial institutions are regulated.

"I'll tell you the biggest job killer right now, because I'm all across Iowa asking people, business people tell me it's Obamacare and it's the Dodd-Frank law," Bachmann said. "Dodd-Frank is drying up credit for businesses. And I have the repeal bill for Dodd-Frank."

She went on to promise to repeal health care reform, too.

"People want that gone. It is absolutely without a doubt a job killer. I was just at a business in Indianola, Iowa. They've let half of their workforce go, over 100 employees."

The implication, of course, was that the employer had to let all those workers go because of health care reform.

The Follow-Up Question Not Asked

Gregory didn't challenge her, so I started trying to find the Indianola employer that had axed so many jobs because of Obamacare.

My online search then led me to a story on the Web site of Des Moines television station KCCI, dated Oct. 10, 2008, which reported that an Indianola manufacturing company had been forced to lay off nearly 60 of its 180 employees "because of the rocky economy." That company was Cemen Tech.

Cemen Tech executive Tom Palme told KCCI the layoffs were necessary because the "economic crisis and tight credit market have taken a toll on new orders."

So the big layoff at Cemen Tech apparently did not occur in late 2009, as Ruble reportedly said, but more than a year earlier--and a month before Obama was even elected president.

The Truth is Different than the Story

It turns out that Cemen Tech actually laid those workers off during the last year of the administration of George W. Bush and did so because of the recession and the credit crisis that resulted from one of the recession's primary causes, the near collapse of big banks and mortgage companies. Federal Reserve Chairman Ben Bernanke and others have said the primary cause of the recession was the inadequate regulation of those financial institutions. The Dodd-Frank Act was an attempt to increase regulatory scrutiny of those firms to reduce the chances of a similar economic catastrophe in the future.

So it appears that Obamacare and Dodd-Frank had little if anything to do with the problems at Cemen Tech. In reality, Cemen Tech's problems stemmed from failed economic policies and insufficient oversight of financial institutions that occurred during the Bush years.

Let's hope that the next time reporters get a chance to interview Michele Bachmann -- or any other presidential candidate for that matter -- that they ask a few pertinent follow-up questions. A little probing might force them to actually be honest with us

Every candidate needs scrutiny. Every citizen is owed truth!
Posted by rross at 2:29 PM