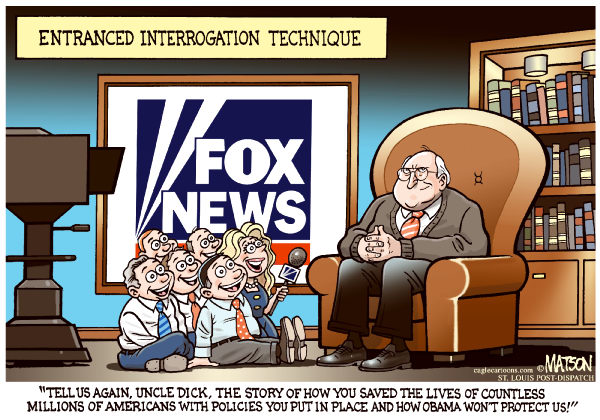 Torture is a topic that is being debated by politicians, pundits and the public. The following excerpt is from an article by Bill Moyers and Michael Winship regarding torture titled, Everyone Should See "Torturing Democracy."

In all the recent debate over torture, many of our Beltway pundits and politicians have twisted themselves into verbal contortions to avoid using the word at all. [...] No political party would dare make torture a cornerstone of its rejuvenation if people really understood what it is. And lest we forget, we're not just talking about waterboarding, itself a trivializing euphemism for drowning.

If we want to know what torture is, and what it does to human beings, we have to look at it squarely, without flinching. That's just

what a powerful and important film, seen by far too few Americans, does. "Torturing Democracy" was written and produced by one of America's outstanding documentary reporters, Sherry Jones. (Excerpts from the film are being shown on the current edition of Bill Moyers Journal on PBS - check local listings, or go to the program's web site at www.pbs.org/moyers, where you can be linked to the entire 90-minute documentary.)[...]

As the editors of The Christian Century magazine wrote this week, "Convening a truth commission on torture would b e embarrassing to the US in the short term, but in the long run it would demonstrate the strength of American democracy and confirm the nation's adherence to the rule of law.... Understandably, [the president] wants to turn the page on torture. But Americans should not turn the page until they know what is written on it." 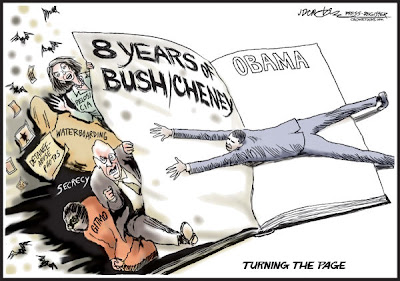 The debate will continue as long as those who support torture continue to use fear, panic, ignorance and patriotism as their basis of justification.
Posted by rross at 2:34 PM