Beware of the "Fiscal Crisis Pretext" 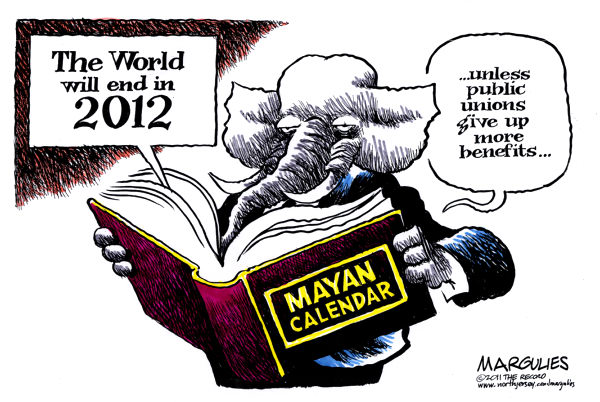 VIA The Nation: The Rachel Maddow Show recently spoke to Naomi Klein regarding Wisconsin's Shock Doctrine. Klein believes that the issue in Wisconsin is really about "who is going to pay for the crisis created by the wealthiest elite in this country.”

At a time when Citizen’s United has made it possible for corporations to dominate the political arena, unions serve as the last line of defense against the privatization of the public sector and as one of the few remaining voices for the working class. That's why the right is trying to take labor down. The Nation’s Naomi Klein joined MSNBC’s The Rachel Maddow Show last night to talk about how the GOP has manipulated the current financial situation to push through unpopular policies that would have never gotten them elected.

Wisconsin isn't alone in their fight against the GOP's attempt to end collective bargaining for public workers: sixteen states currently face similar assaults. A particularly egregious bill that recently got an OK from Michigan’s House of Representatives would allow the governor to declare a state of emergency on any city, town or school district, in which the governor could then appoint an emergency power that could dismantle contracts and dismiss elected officials. The most frightening thing about this proposal: it could be used to put a corporation in charge of a whole city. According to Klein, conservatives are trying to consolidate power so that they can begin auctioning off public services, and in Michigan's case, entire municipalities.

“What this fight is really about is not unions vs. taxpayers, as we’ve been told. It’s a fight about who is going to pay for the crisis created by the wealthiest elite in this country,” Klein says. “Is it going to be regular working people? Or is it going to be the people who created this crisis? That’s the debate we need to have.”

The state of the States can be compared with several nursery rhymes. The fable, Chicken Little, Sky is Falling is about chicken who was walking, when something fell on his head. He immediately assumes it was the sky that fell and therefore the world is coming to an end. Throughout the fable, Chicken Little continually repeats the phrase, "The sky is falling!" The phrase has come to represent an hysterical or mistaken belief that disaster is imminent.

In Aesop's fable, The Boy Who Cried Wolf, a Shepard boy continually cries "Wolf! Wolf!" and when the villagers come to his help they find the boy laughing at them. Of course, when a wolf actually attacks the boy's flock, the villagers don't believe his cries for help and the sheep are destroyed. In the Aesop's fable, the moral of the story is that, 'Even when liars tell the truth, they are never believed'. Therefore, 'to cry wolf', has come to mean, a false alarm.

These two fables represent the behaviors that the party is exhibiting across the nation. First, the Republicans are crying that "The sky is falling" by claiming a fiscal crisis is not only imminent but will cause the collapse of our economy. Then after screaming "Wolf! Wolf!" we now know that their cries of danger have no basis in fact. 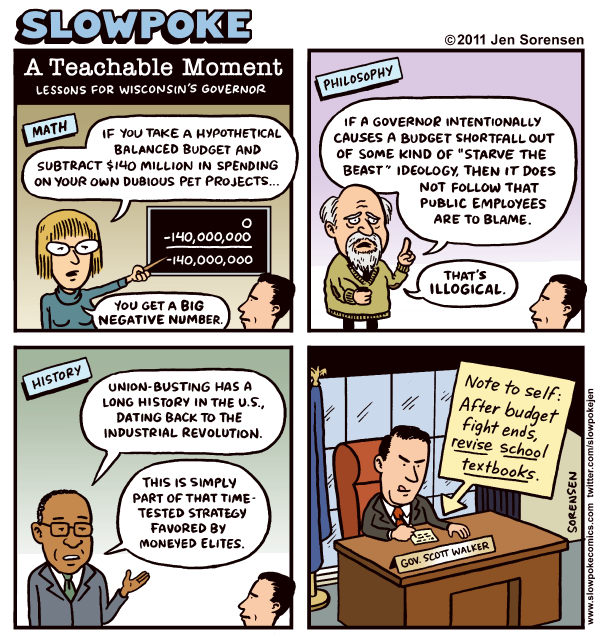