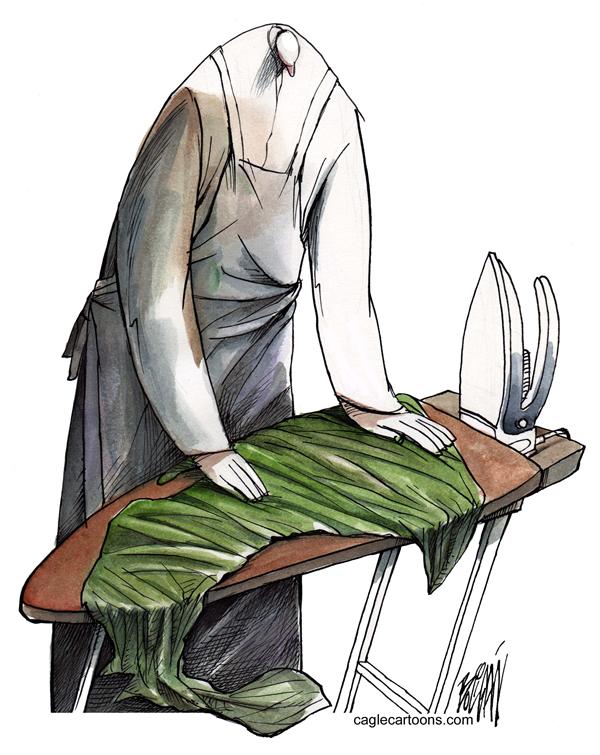 There's an old saying that "everything in Texas is big." It's a big state with big hats, big boots and big money. And now Rep. Debbie Riddle, R-Houston, has just proven, beyond a reasonable doubt, that Texas is NOT about "big thoughts." Rep Riddle has been a strong opponent of illegal immigration. In August 2010, she made headlines claiming that there was a threat to our security from "terror babies."

Riddle appeared on "Anderson Cooper 360" to discuss the threat of "terror babies" — a supposed threat in which terrorist organizations send pregnant women to the United States to have their children, who would be US citizens but trained and raised abroad to be terrorists and could enter and leave the US without raising suspicion.

She is vehemently opposed to illegal immigrants and she previously proposed immigration legislation in Texas that mirrored Arizona's anti-immigration bill. But hold your horses, because Riddle has a new plan that would make it a serious crime to hire an illegal immigrant. But her bill allows one exception:

Under the House Bill 2012 introduced by a tea party favorite state Rep. Debbie Riddle — who's been saying for some time that she'd like to see Texas institute an Arizona-style immigration law — hiring an undocumented maid, caretaker, lawnworker or any type of houseworker would be allowed. Why? As Texas state Rep. Aaron Pena, also a Republican, told CNN, without the exemption, "a large segment of the Texas population" would wind up in prison if the bill became law.

"When it comes to household employees or yard workers it is extremely common for Texans to hire people who are likely undocumented workers," Pena told the news giant. "It is so common it is overlooked."

No, this is not from the Onion. It's from a Texas Republican. Though it's getting harder and harder to tell the difference these days.

Yup, you heard it from the horses mouth. Rep Riddle has proposed new legislation which is being dubbed the Laundry Loophole.
Riddle's plan to stop illegal immigration by making it a crime to hire illegal immigrants has some merit. However, her looping exception for immigrant workers who will be paid sub-minimum salaries in order to continue to cater to families, homes and children of the rich is just "one step above a slavery" bill...Texas style!!!
Posted by rross at 9:42 AM