The Other Side of the NPR Story 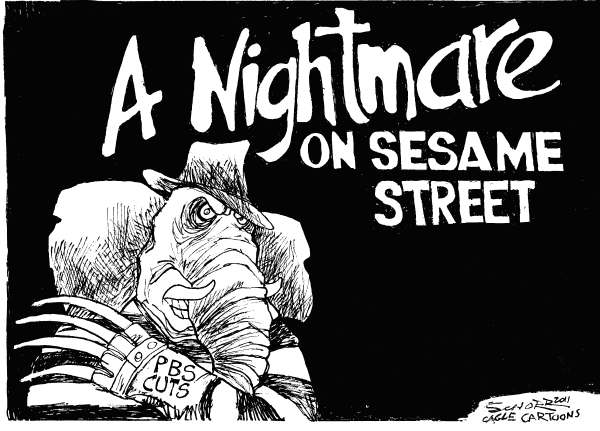 Two people who know the ins and outs of NPR are Bill Moyers and Michael Winship. They co-authored the article , In Defense of NPR. Here is an excerpt from the article.

Schiller is a fundraiser, not a news director. NPR keeps a high, thick firewall between its successful development office and its superb news division. The "separation of church and state" - the classic division of editorial and finance - has been one of the glories of public radio as it has won a large and respectful audience as the place on the radio spectrum that is free of commercials and commercial values.

If you would like to see how this integrity is upheld, go to the NPR web site and pull up any of its reporting since 2009 on the Tea Party movement. Read the transcripts or listen to its coverage - you will find it impartial and professional, a full representation of various points of view, pro and con. Further, examine how, over the past few days, NPR has covered the O'Keefe/Schiller contretemps and made no attempt to cover up or ignore its own failings and responsibilities.

Then reverse the situation and contemplate how, say, Fox News would handle a similar incident if it were the target of a sting. Would its coverage be as "fair and balanced" as NPR's? Would Fox apologize or punish an outspoken employee if he or she demeaned liberals? Don't kid yourself. A raise and promotion would be more likely. Think of the fortune Glenn Beck has made on Fox spewing bile and lies about progressives and their "conspiracies."

And oh yes, something else: remember what Fox News chief Roger Ailes said about NPR executives after they fired Fox contributor Juan Williams? "They are, of course, Nazis," Ailes told an interviewer. "They have a kind of Nazi attitude. They are the left wing of Nazism. These guys don't want any other point of view." When the Anti-Defamation League objected to the characterization, Ailes apologized but then described NPR as "nasty, inflexible" bigots.

Double standard? You bet. A fundraiser for NPR is axed for his own personal bias and unprofessionalism, but Ailes gets away scot-free, still running a news division that is constantly pumping arsenic into democracy's drinking water while he slanders public radio as equal to the monsters and murderers of the Third Reich.

Read the full article is here.