Choosing to Disbelieve Climate Change, at Our Peril!! 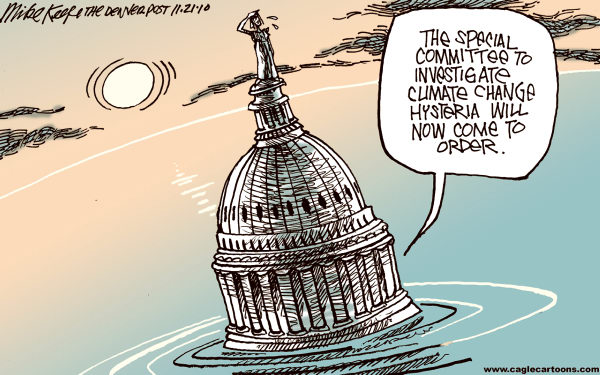 Amy Goodman on Democracy Now! interviewed Naomi Klein, author of The Shock Doctrine: The Rise of Disaster, about her new book on climate change and the climate change deniers. In the interview, Naomi Klein answers the question, "Why Climate Change is so Threatening to Right-Wing Ideologues."

Climate change is seen as an Identity Issue on the Right.

Well, some people believe in climate change, but the main thing is they don’t believe that humans have anything to do with climate change. And it isn’t about the science, because when you delve deeper into it and ask why people don’t believe in it, they say that it’s because they think it’s a socialist plot to redistribute wealth. It’s easy to make fun of, you know, and there’s all this language, like "watermelons," that they say the green groups are watermelons: they’re green on the outside, but they’re red on the inside. Or George Will once said it’s a green tree with red roots. And the idea is that it’s some sort of a communist plot. And this is actually not at all true. And in fact, most of the big green groups are loath to talk about economics and often don’t want to see themselves as being part of a left at all, see climate change as an issue that transcends politics entirely.

Climate Change seen as a Threat

But something very different is going on on the right, and I think we need to understand what that is. Why is climate change seen as such a threat? I don’t believe it’s an unreasonable fear. I think it’s unreasonable to believe that scientists are making up the science. They’re not. It’s not a hoax. But actually, climate change really is a profound threat to a great many things that right-wing ideologues believe in. So, in fact, if you really wrestle with the implications of the science and what real climate action would mean, here’s just a few examples what it would mean.

It would mean upending the whole free trade agenda, because it would mean that we would have to localize our economies, because we have the most energy-inefficient trade system that you could imagine. And this is the legacy of the free trade era. So, this has been a signature policy of the right, pushing globalization and free trade. That would have to be reversed.

You would have to have a really strong United Nations, because individual countries can’t do this alone. You absolutely have to have a strong international architecture.

But what I see is that the green groups, a lot of the big green groups, are also in a kind of denial, because they want to pretend that this isn’t about politics and economics, and say, "Well, you can just change your light bulb. And no, it won’t really disrupt. You can have green capitalism." And they’re not really wrestling with the fact that this is about economic growth. This is about an economic model that needs constant and infinite growth on a finite planet. So we really are talking about some deep transformations of our economy if we’re going to deal with climate change. And we need to talk about it.

Look, my fear is that climate change is the crisis, the biggest crisis of all, and that if we aren’t careful, if we don’t come up with a positive vision of how climate change can make our economies and our world more just, more livable, cleaner, fairer, then this crisis will be exploited to militarize our societies, to create fortress continents. And we’re really facing a choice. And, you know, I think what we really need now is for the people fighting for economic justice and environmental justice to come together.

"Climate change challenges everything conservatives believe in. So they're choosing to disbelieve it, at our peril." 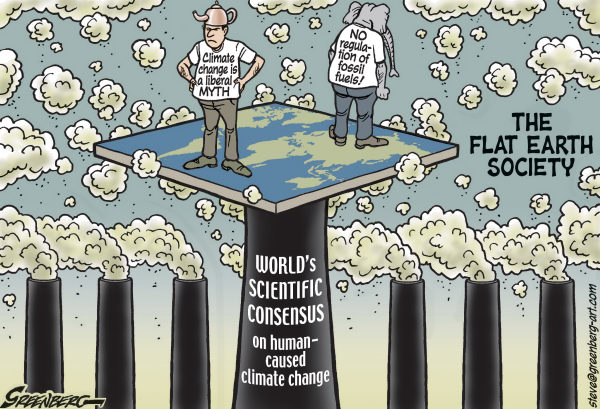