If You Can't Blame Obama, Then Blame The Women 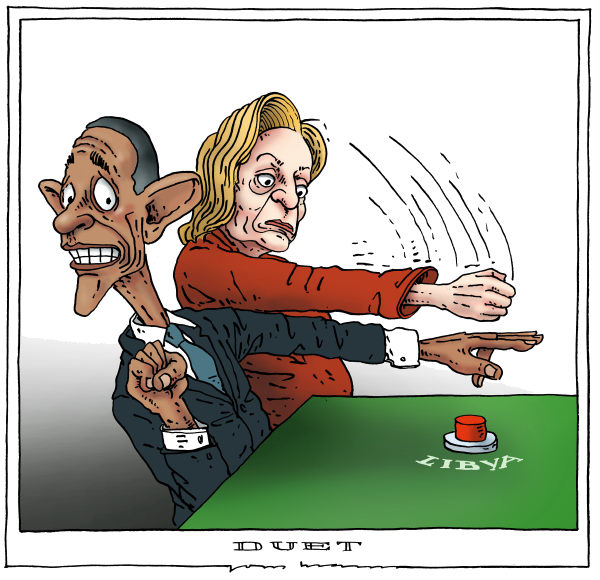 Is CNN contributor Erick Erickson a Rush Limbaugh wannabe? This is what he said on his radio show earlier this week (h/t Media Matters for America):

By the way, it's the women's fault. … It's, apparently, the women in the Obama administration who have decided we needed to go to war in Libya. … This is typical. This is so typ-- i'm mean, I'm going to bring my inner sexist out I'm afraid tonight, some of you are going to be very upset with me. But this is like women drivers. We're going to war in Libya, we have no plan, we have no map, even if we have a map of war, um, it wasn't going to get read, they were going to pull over and ask the French apparently for help, or at least make the guy pull over and ask the French for help. This is crazy....

This is just silly. I mean, back-seat driving by the women, and they're gonna get Barack Obama lost. What is it with Barack Obama caving to the women? I mean, now we know who rules his personal life. I guess Michelle is firmly in charge as well, if Barack Obama is going to cave that easy to three women in his administration over what to do with Libya....

It took the women to get him involved, and the women apparently went in without a clear plan. No shopping list.

Listen to his comments during the March 21st broadcast of his radio show.

In a post originally titled "Obama's Women," Dreyfuss argued that Obama administration advisers Susan Rice, Samantha Power, and Hillary Clinton (to quote Pollitt) "are a 'troika,' a 'trio' who 'rode roughshod over the realists in the administration' (all men) and 'pushed Obama to war.'"

A number of the comments on Pollitt's piece made this basic argument: "Dreyfuss' post isn't evidence of widespread misogyny; he's just one misguided blogger who chose his words poorly." As much as all of us in the progressive sphere would love for that to be true -- for sexist language and attitudes to be outliers, rather than epidemic -- that just isn't the case. Pollitt was writing specifically about the prevalence of misogyny in left-leaning media outlets, but, of course, the problem is everywhere. And the women of the Obama Administration, in particular, have been frequent targets of that misogyny of late.

Feminist blogger Echidne finds this attitude to be prevalent.

[W]e now live in a post-feminist world? When honor killings exist? When the United States has never had a female president? When the Erick Ericksons of this world can proudly compare the US Secretary of State to bad women drivers? When work-life balance is just yet another women's issue? When I can watch a week of Japanese television about the earthquake-tsunami-nuclear-disaster combination and not see one female expert or politician interviewed, when all those rooms of power are full of only men? When the US Republican Party has declared an all-out war on women, and few notice this?....

Gender equality is not something that is taken seriously, in general. That's why Erickson can present his contempt of women as a joke and that's why we don't all riot when we are told that women should cut back on higher education so as to leave more space for men which they then could marry. We are uncomfortable with taking the topic seriously because we are still living the neolithic era of gender relationships.

Being politically correct is a figment of the past. Talking heads, political pundits, Faux News and now CNN are taking the Howard Stern reins of the political scene.